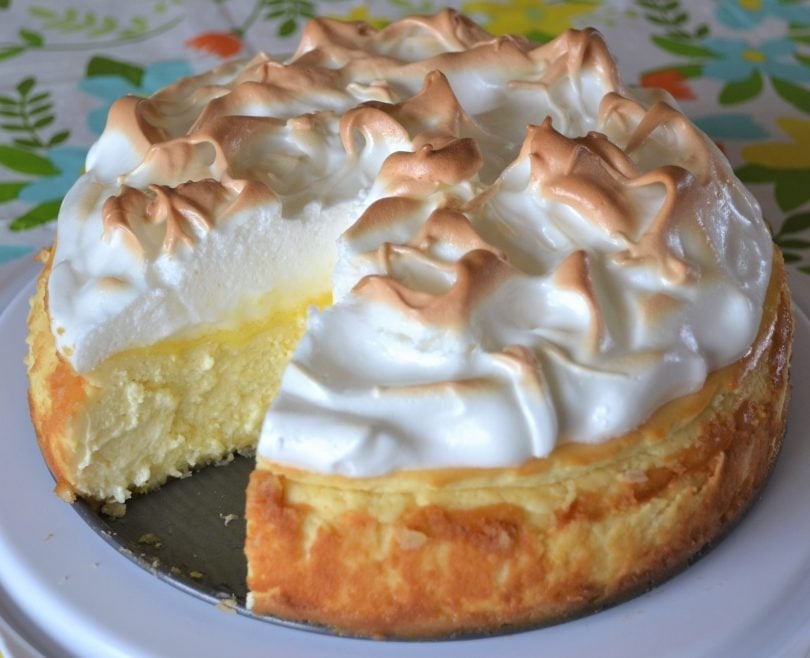 I don’t make cheesecakes that often but I have to say this one is near perfect. I love that it didn’t need a waterbath too. Mine did take longer to bake and I think I may have jiggled it too much when trying to figure out if it was done and it fell a bit. With the lemon curd and meringue you would never know though 😉 I did use a jar lemon curd but in the future I would make my own instead of being lazy. My meringue was perfectly cooked, I took it out at 9-10 minutes. I did have crust issues but, I was attempting a gluten free crust and sometimes cookie crusts can be tricky. In the future I would use my go-to graham cracker crust.

This was delicious. I’m glad I made it. It seemed to me that the directions weren’t correct concerning the egg whites. I didn’t put the egg whites in the cheese cake

This is a good cheesecake, if somewhat time consuming to make. The cheesecake itself is probably the best part for me, and I might just make the cheesecake portion in the future and leave off the curd and meringue. (Just a tip–if you make homemade curd, don’t use a metal bowl! It will leave the curd with metallic taste—use a glass bowl. No plastic either!) I’m really fond of the fact that this cheesecake wasn’t baked with a water bath. It gives it a nicer, denser texture–which I really prefer. I baked the meringue for about 12 minutes, and it was browned, but the middle was still kind of soft. It could of probably baked a little longer, but I was afraid of the peaks burning. Overall, I would make it again with a few minor changes. It was a learning experience for me lol.

To Make this Recipe You’Il Need the following ingredients:

INSTRUCTIONS
Preheat oven to 300°
Crust
Combine all ingredients for crust in a bowl evenly. Press mixture into a 9″ springform pan and up the sides, about one inch.
Bake for 10 minutes and allow to cool.
Filling
In bowl fitted with paddle attachment beat cream cheese and sugar together until combined and smooth. Add in egg yolks and beat until mixture is just combined, scraping sides as necessary.
Add in flour, sour cream and lemon zest and mix until smooth.
Pour mixture over prepared crust. Bake for 75 minutes. Then turn off oven and leave cheesecake in the warm oven with the door closed for 4 hours.
Finally, remove it from oven, run a knife along the edges to loosen from pan and chill for 6 hours, or overnight.
Meringue Topping
Whisk 6 reserved egg whites with sugar. Place over a double boiler and stirring constantly heat mixture until it reaches 140° on candy thermometer. Pour mixture immediately into bowl of stand mixer, fitted with whisk attachment and beat for 10 minutes, until glossy and stiff peaks form.
Spread the meringue over chilled cheesecake and with kitchen torch lightly brown the tops of the meringue.
NOTES
if you would like to amp up the flavor of lemon in this recipe, you can add another tablespoon of lemon zest.
Store covered in refrigerator for up to 3 days.
recipe adapted from Amazing Cakes Magazine.
Source : allrecipes.com 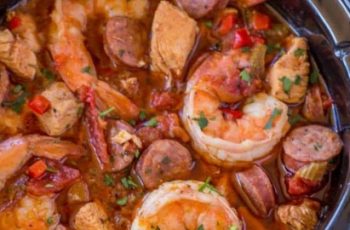