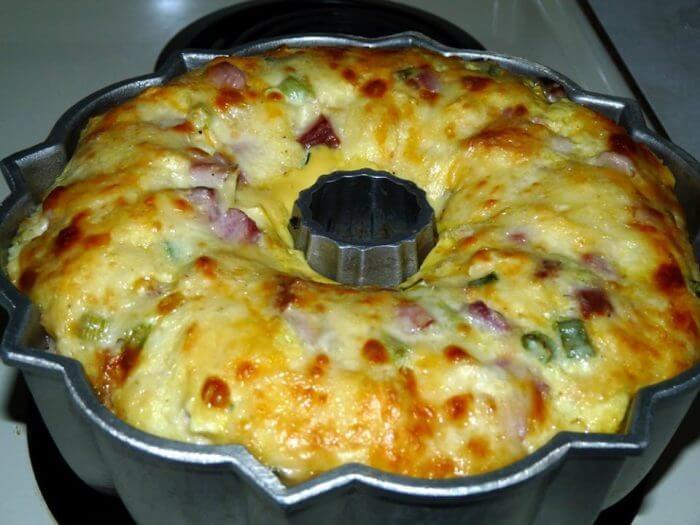 I know, it’s like I press the “Lame” button and this stuff just rolls right off my tongue. Naming my recipes is a bit difficult for me, but I am fairly successful at cooking, so I do try. I want the name to sound as good as the finished product, and maybe make you laugh. Or groan. We don’t all have the same humor, I realize. My humor often turns naughty, but that’s another story!

I saw a similar recipe online and wanted to make my own version of breakfast bake in a bundt pan. I’ve made SO many kinds of baked egg dishes I should start a cookbook. My favorite has to be the one with torn bits of croissant. Or maybe the one with torn bits of rustic, crusty bread and spinach. I totally love the ones that are made in muffin tins, large or regular sized, and frozen for easy breakfasts later.

With my new bundt pan I’ve had so much fun with cakes it was time to take it for a test run on a savory dish. I’d use my regular egg bake recipe and simply make it in a round pan. I mean the round kind with a hole in the center, the bundt pan. I’d use the same ingredients and end up with a tube of eggy deliciousness. I had plenty of ham to dice up and some spinach that needed to be used soon. I set the chopped ham aside for now. 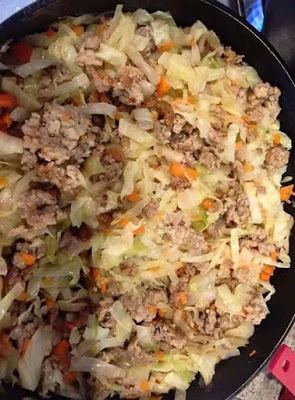 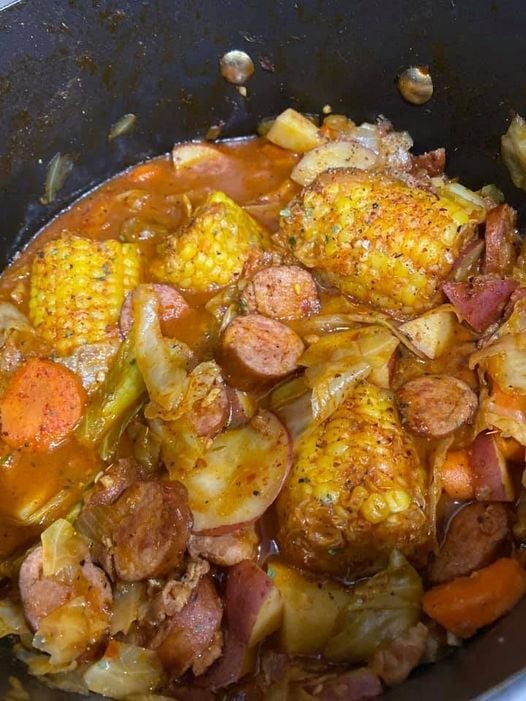