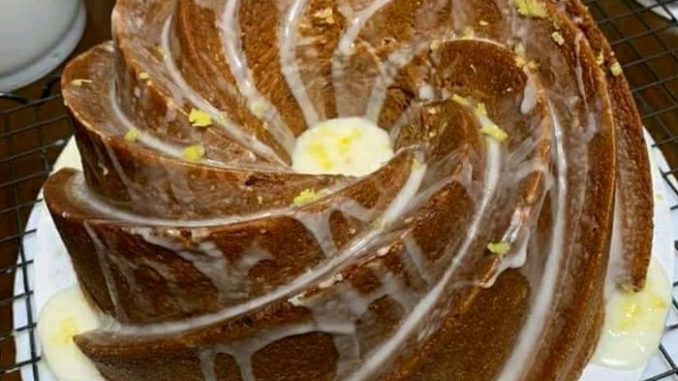 Preheat oven to 350 degrees F. Grease a 12-cup bundt pan with baking spray. In a small bowl, mix the 1/2 cup granulated sugar with cinnamon. Sprinkle half of the cinnamon sugar in the prepared pan, making sure to coat the sides as well. Save the rest of the cinnamon sugar.
In a medium bowl, whisk together the flour, baking powder, baking soda, cinnamon, ground nutmeg, and salt.
In the bowl of an electric mixer fitted with the paddle attachment, cream together the butter and sugars until light and fluffy, about 4 minutes on medium speed. Add the eggs, one at a time, and beating until combined in between each addition. Beat in vanilla extract until combined.
Reduce speed to low and add a third of the flour mixture. Add half of Greek yogurt and mix it until combined. Add another third of the flour and the rest of yogurt. Mix until combined. Add the rest of the flour mixture and mix until just combined.
Pour half of the batter into prepared pan. Sprinkle the rest of the cinnamon sugar over the batter. Using a butter knife, swirl the sugar into the batter. Top with the rest of the batter. Smooth the top.
Bake for the cake for about 40-50 minutes (about 30 minutes for a 6-cup bundt pan) or until a cake tester inserted into the center comes out clean.
Let cool on a wire rack completely.
Serve with powdered sugar or a simple glaze (powdered sugar mixed with apple cider would go good!). 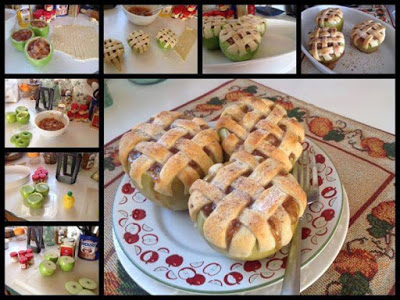 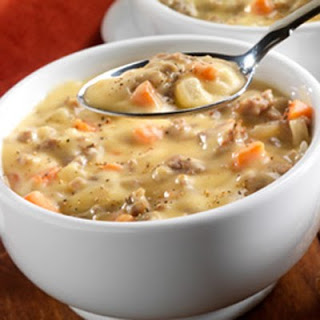