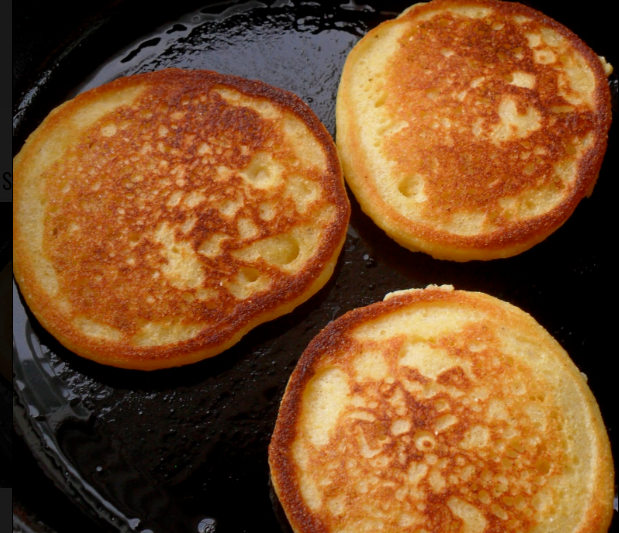 A classic southern recipe, cornmeal hoecakes are little pan fried cornmeal medallions that are at home as breakfast, as much as they are as a side dish with a mess o’ greens, and just about anything else!
Fried Cornbread – Southern Cornmeal Hoecakes

Fried cornbread, is also known as cornmeal hoe cakes and corn cakes, and sometimes Johnnycakes, is a sort of fried cornmeal flatbread – kind of like if you took cornbread batter and skillet fried it like a pancake. The inside puffs up like cornbread, while the outside gets nice and crispy from frying it in the oil. It’s the perfect companion to a mess o’greens, or for breakfast or as a sweet treat when drizzled with a bit of syrup.

I have read that hoecakes likely started with Native Americans who apparently cooked these on hot rocks inside an open fire. The method was later adapted by cooking the bread on the blade of a hoe, and that is how it got its name, though some folks dispute that.

This was a reader request from one of our Facebook family members Sarah, and since The Cajun brought me home a literal armload of collard greens, I thought I would bump up the request since I clearly had greens in my near future … and everybody knows, you gotta have either cornbread or else some hoecakes to go with! Course these little hoecakes are pretty good all on their own too.

{Southern Hissy Fit Warning} One thing I have learned since blogging and getting to meet and talk with folks from all over the south is that when it comes to cooking and recipes, there is no one south. You will have some stodgy southerners who want to insist that the way they grew up is the only way things are done. Makes me crazy! It’s just not true y’all.

The way you learned receipts (recipes) and how to cook, likely came from your mama and was influenced by the way she learned from her mama. Regional aspects also have to be considered because I’ve noticed that folks here on the Coast cook a whole lot different from, say, folks in north Alabama. We are in close proximity to south Louisiana and our cooking is heavily influenced by Creole and Cajun cooking. We also have an abundant supply of fresh seafood here, so our diets are heavy in fresh Gulf seafood. That ain’t happening in north Alabama.

Texans cook far different from Mississippians as do the folks of the Appalachian Mountain region. The coast of Georgia cooks a good bit different from the Gulf Coast. So, there is no one south y’all, but it’s all good, so how about let’s just stop arguing about what we think is right or wrong about our southern foods and cooking, embrace our differences, eat and enjoy fellowship! {soapbox tucked away}

Are they similar? Yes, somewhat. Hot water cornbread in its purest form is simply plain ol’ yellow all-purpose cornmeal (not cornmeal mix, not self-rising cornmeal), a pinch of salt, and boiling water. The boiling water is added to the cornmeal which starts the cooking process of the meal. Once the boiling water is mixed in and the mixture is just cool enough to handle, but still very hot, it is hand-formed into a small pone in the palm of the hand, which gives it that classic oval shape it’s known for. It’s then usually fried in hot oil, though also is added to top of things like greens and steamed.

Hoe cakes, like this recipe, are more like a cornbread batter, that’s dropped in a skillet of hot oil in little medallions, similar to pancakes, and fried. Apples and oranges folks!

And while I’m at it, please also understand this isn’t a historical page. We aren’t trying to recreate recipes from The Great Depression, nearly 90 years ago, where folks had limited supplies of things. This blog is a current blog of my recipes, and this recipe is a modern version of fried cornmeal hoe cakes, an adaptation of Paula Deen’s Hoecake recipe, which is a signature feature at her Savannah restaurant that comes to your table like a bread basket does elsewhere.

I think it makes a just perfect vehicle for sopping up some pot likker from a big ole pot of greens, with some pintos or a big bowl of soup, though they make a great bread dish for just about any meal really, especially in the heat of the summer when you want bread but don’t want to turn on the oven.

Now… how about let’s make some hoe cakes!

The batter can be made up and stored in the fridge for a couple of days, since we all know as those greens set up in the fridge, they don’t get nothing but better. Or treat yourself and drizzle a bit of cane, sorghum or maple syrup over one. Yummy. Just look at that crispy loveliness with a drip of syrup on it, would ya?

The sugar is optional. I like it in these, but leave it out if you don’t. Now, if you like and you have a well seasoned cast iron skillet, you can skip the oil or butter to brown them, but you won’t get that lovely, crispy outside either, so really, why would you want to do that?

Line a rimmed baking sheet with paper towels and place a rack on top; set aside. In a medium bowl, whisk together the flour, cornmeal, baking powder, salt and sugar. Measure out the buttermilk in a liquid measuring cup, and add to that the water and oil; blend well. Add eggs and mix well; combine with dry ingredients. Heat oil and butter in a cast iron skillet over medium to medium high and drop batter by about 1/8 cup measures into the hot skillet to form small medallions.
Fry until brown and crisp, turn and brown the other side. Remove and let drain on rack. Serve immediately with warm syrup for breakfast or as a snack, or dip ’em in a mess o’ greens to sop up that pot likker (juice from the greens)!
Variation: When corn is at peak and in-season, add about 1 cup of corn cut and scraped off the cob. You’ll need about 1 large ear of corn. Can also make this into a pan hoecake. Add only enough buttermilk to make a stiff batter. You may not need the additional water. Pour into a screaming hot, well greased 8-inch cast iron skillet over medium high heat. Reduce heat and let brown underneath about 10 – 15 minutes. Run a metal egg turner underneath and turn to brown the other side. Can also bake in a well preheated 425 degree F oven for about 15 to 20 minutes (no turning needed).
Tip: If you spray the measuring cup with a bit of non-stick spray before scooping, the batter will slip right out. If you don’t happen to have that 1/8 cup measure, just do about 2 tablespoons of batter in one pile and push it around to form a medallion. 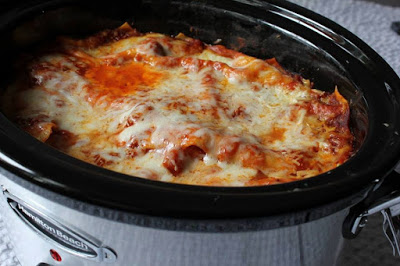 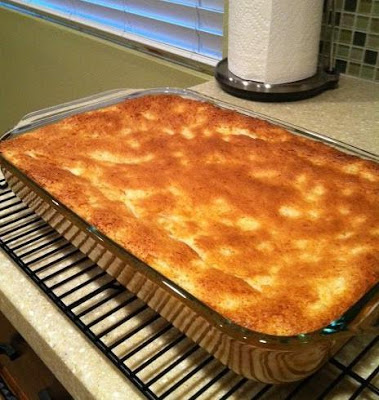