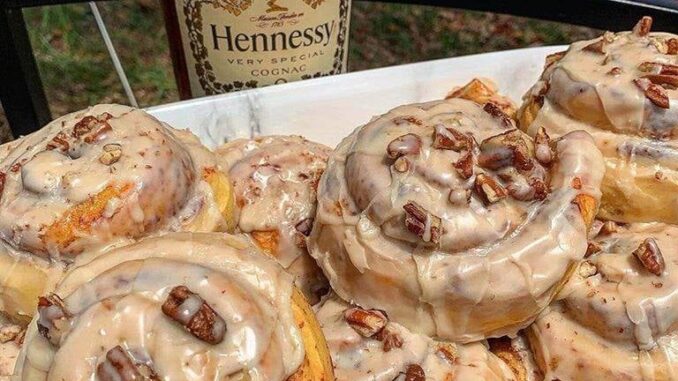 In a saucepan, melt the butter. Remove from heat and add milk to warm.

In a separate bowl, whisk together the flour, yeast, brown sugar, cinnamon and salt. On low speed, add the flour mixture to combine. Beat in egg, then beat until dough comes together. Switch to a dough hook attachment and beat on medium speed until dough forms a ball. If dough is too sticky, add more flour 1 tablespoon at a time.

On a floured surface, and with floured hands, knead dough until smooth and elastic, about 20 times; form into a ball. Transfer to a lightly oiled bowl. Cover with a dish towel and let dough double in volume at room temperature, about 2 to 3 hours.

Punch dough in the center to deflate. Turn dough onto a floured work surface and roll into a 9×13-inch rectangle. Sprinkle chopped pecans evenly across the top.

Tightly roll the dough, starting at the long end, into a jelly roll. With the seam-side down, cut dough into 9 equal-sized pieces.

Grease a 9-inch cast-iron skillet with softened butter. Place cinnamon rolls into the cast-iron skillet, cut side up, touching each other. Cover with plastic wrap and a dish towel and let double in volume, about 45 minutes.

Preheat oven to 375°F. Bake rolls until golden brown and expanded, about 20 to 25 minutes. Remove from oven and cool.

In the meantime, work on sauce. In a saucepan, combine brown sugar, 1/4 cup cold water and Hennessey, and cook to dissolve sugar, about 5 minutes. Whisk in remaining butter, vanilla and powdered sugar until a sauce is formed.

Pour glaze on top of cinnamon rolls, and sprinkle with pecans. Allow glaze to set before serving, about 20 minutes. 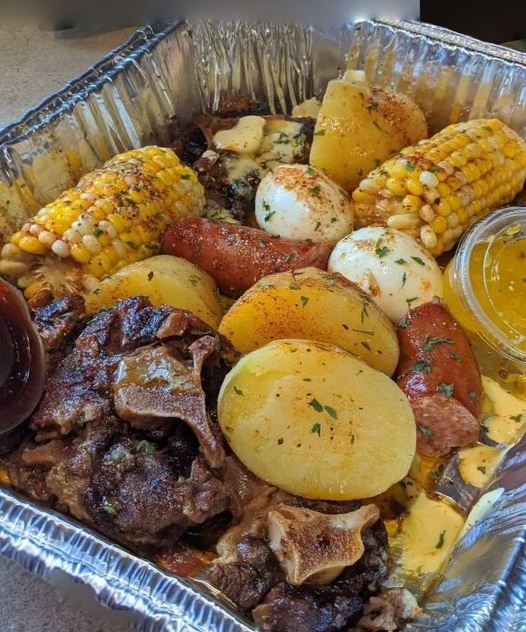 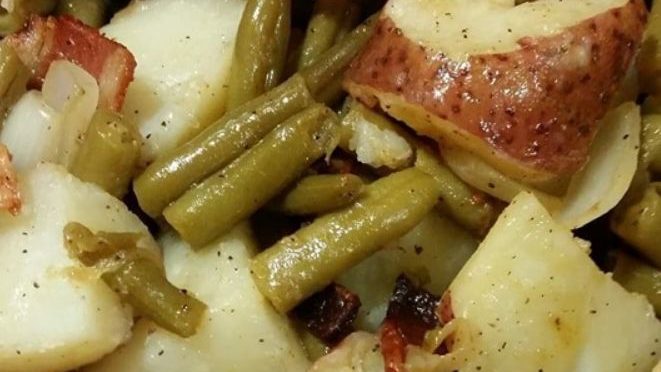